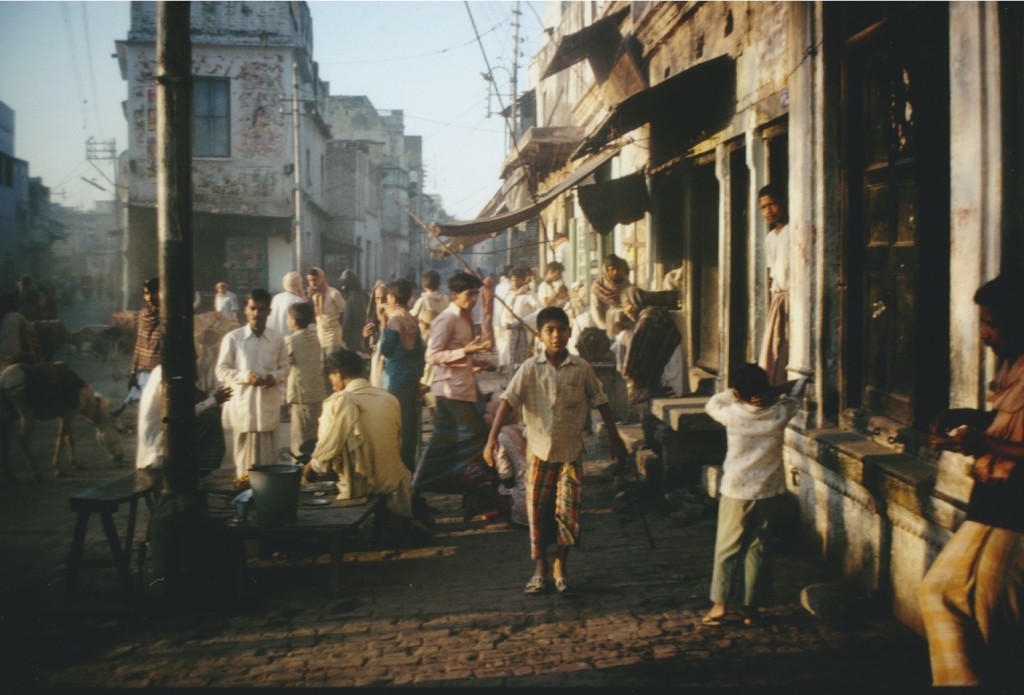 In the artist’s words:

“These photos were taken in India, Pakistan, Nepal and Sri Lanka in the late 1970s on a number of trips I made there as a photographer, a stringer for the Black Star photo agency.

I was fortunate enough to spend a number of years in many parts of Asia in my twenties after studying photography and anthropology at Bennington College in Vermont. I liked wild places, and looked for beauty in the primitive and often harsh conditions of everyday life in remote areas.  I spent a good year and a half walking in the Himalaya  and Karakorum mountains which gave me plenty of time to be  around when the light is rich early and late in the day and in all kinds of weather. I was looking to document life in places before the roads reached them with all the mixed blessings of the modern world, and to do it on the line between photojournalism and art.

Partly, I was in it for the adventure, and was captivated by the accounts of the early explorers of the region.  It was a great time to travel, before the wars in Afghanistan and Sri Lanka, the civil strife in Pakistan and the relentless polarizing effects of the modernization that has swept the region.

Hopefully the images speak for themselves.”

On the art wall through mid May

“As far as Teas go these guys know their stuff.”