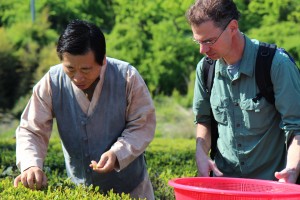 The Portland Dobrá tearoom came to be after many visits to the first US model in Burlington, VT. Portland tearoom owners Ray Marcotte and Ellen Kanner were very intrigued and thought, “Why aren’t there more of these great tearooms, and how can we open our own?” As lifelong tea drinkers, world travelers and health-conscious foodies, Ellen and Ray were delighted to find such high quality teas served in such a unique setting using traditional, unadulterated, organic teas.

With an interest in returning to Maine and offering something different, they hoped to build a community space for sharing, art, and music, while providing knowledge about tea, supporting the tea farmers and offering healthy, fresh, organic, vegetarian foods, all the while supporting local businesses, farmers and suppliers.

In the Spring of 2010, connections were made with the Dobrá Tea founders in Prague, CZ, Jirka Simsa and Ales Jurina, and the process began, opening the 4th tearoom in the United States at 151 Middle Street on April 1, 2011. In the Fall of 2014, the tearoom was relocated  to its current location, 89 Exchange Street.

Learn more about Dobrá tearooms around the world! 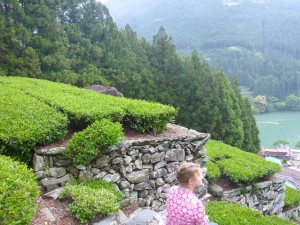 Dobrá Tea carefully selects and imports teas of superb quality that are organically grown. These delicate, loose-leaf teas, which stand out above all for their freshness and distinctive character, are selected directly in the locations where they are produced. As the direct importer, the Company of Tea-Devoteas is devoted to providing teas of consistent quality and grade, which are meticulously selected from the myriad samples dispatched to it by the growers immediately after harvest. Personal contacts made during annual trips to India, China, Japan, Turkey, Nepal, Africa, Sri Lanka, and Taiwan guarantee the unrivaled quality of Dobra’s Tea selection.

The Beginnings of Dobrá Tea

The seeds of Dobrá Tea began in Prague during the last few years of Communism when a group of young tea lovers began meeting to sample rare Indian, Chinese, and Japanese teas smuggled into then Czechoslovakia.  Because of a shortage of foreign currency, high quality teas were available exclusively to the Party, State, and Military elite. Then came the “Velvet Revolution” and the fall of Communism in 1989.  In 1992, the “Society of Tea Devotees” was formed, and the following year the first Bohemian-style tearoom, Dobrá Čajovna, opened in Prague.  Although most people were initially skeptical about the chances of the tearoom’s success in a country known for drinking beer, 19 more tearooms were opened across the Czech Republic in the following decade. The first U.S. Dobrá Tea partnership began in 2003 in Burlington, VT. All of the Dobrá tearooms are individually created, locally owned and owner operated. Dobrá means “Good” in Czech.